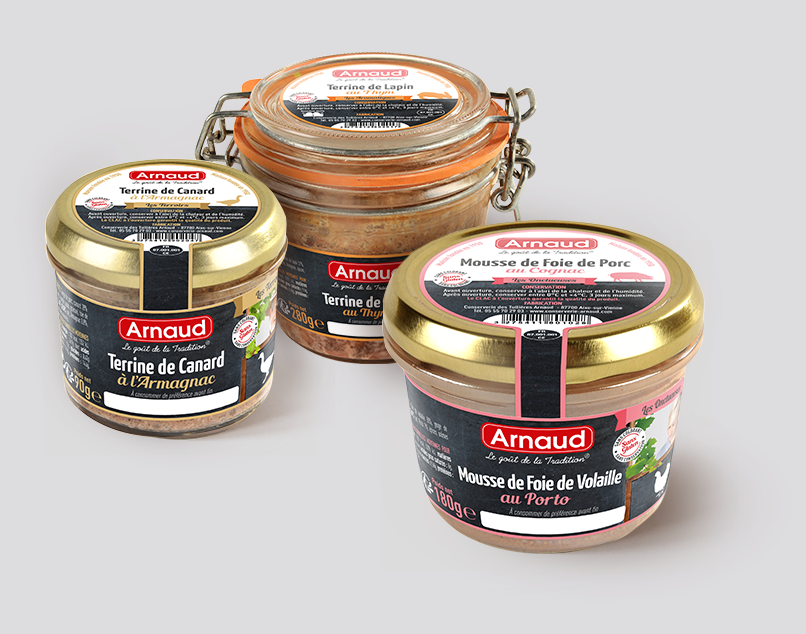 A Family history
and of French Charcutière tradition

Based in Aixe-sur Vienne, in the heart of the Limousin region, in the southwest of France, the company Arnaud, has been perpetuating the French charcutière tradition of Pâtés and Rillettes since its creation in 1950, by the Arnaud family. It derives its quality to its handcrafted roots.

A complete and high performing range adapted to all.

In order to satisfy each client, Arnaud proposes more than 30 recipes available anywhere in France
as well as abroad, and inspired in French and local (from the Limousin region) charcuterie.